Converters give you a lot supremacy as it allows you to insert an object between a source and a target object. At high level, converters are a chunk of custom code that hooked up through the binding and data will flow via that converter. So, whenever data is flown from source to target, one can change the value or can change the type of object that needs to be set on target property.

So, whenever data travels from source to target, it can be transformed in two ways:

Data value: Here transformation will be done with just the value by keeping the data type intact. For example, for number fields, you can transform value to floating point number to an integer, by keeping the actual value as a float.

Data type: One can also transform the data type. For example, setting a style based on some Boolean flag, this is one of the most common example. Isn't it?

Defining a converter:
Defining any converter requires implementation of IValueConverter interface in a class. This interface has two methods:

Where to place converters:
To implement IValueConverter, one has to create a class and then put the instance of that class in a ResourceDictionary within your UI.

How to use:
Once your class is part of ResourceDictionary, then you can point to the instance of converter using the Converter property of Binding, along with StaticResource markup extension.

Using Code:
Before digging into the code, let’s discuss on what I want to achieve with below code snippet. Whenever value entered by the user is negative, I want to display 0 with * as a final amount.

So, let’s start by creating a class called RoundingOffConverter and inherit IValueConverter as shown below: 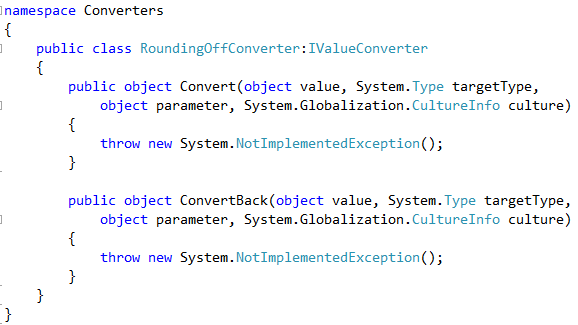 In above class, Convert method will be called when direction of data flow is from source to target. value object is the one, which we are going to set here, targetType will tell you the type of target property, next is optional parameter and last one is for culture.

ConvertBack method will be called when you have two-way data binding and direction of data flow is from target to source object.

Code for using Data Value:
So, to achieve our need, let’s replace default convert methods to our own implementation as:

To make this example simple, I am simply creating 2 properties in code behind as: 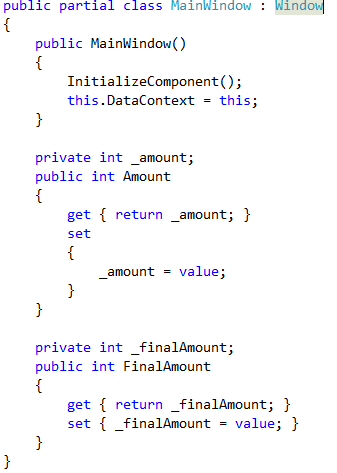 Now coming to XAML, first I need to add a reference of my converter class and then need to add that as a resource. It goes, here:

Once the reference is added, I have to bind this converter to my TextBox object as:

Once everything is in place, let’s run this application. You will find below output: 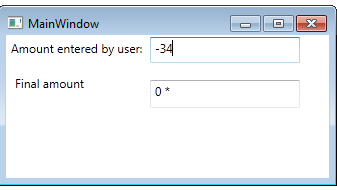 Code for using Data Type: Here aim is to select a style based on a Boolean property or in other words user want to change the color of a text box based on checkbox status. So let’s go ahead and write our BoolToStyleConverter.

As before, quickly create a class for this new converter as: 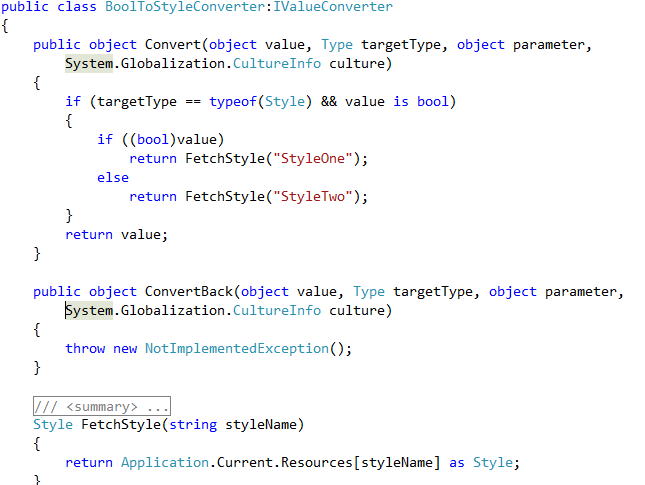 Next step is to create styles in App.xaml. It can be done as: 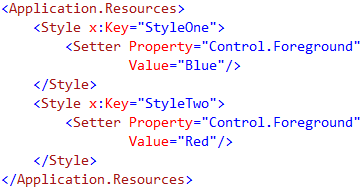 Now in order to use above styles in application, one has to add these as a Window Resources as shown below:

Once the converter is added to resources, next step is to use this converter in our UI. So, let’s add:

We are done. Now quickly run this application and you will find color change based on text box as: 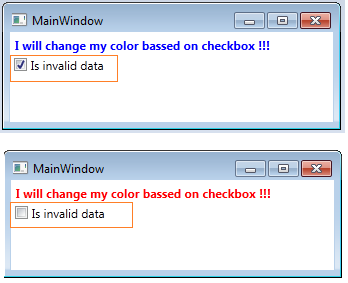 Hope this tutorial on converter was useful.
Posted by Shweta Jain at 3:56 AM